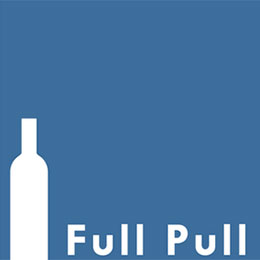 Hello friends. I dont get surprised much anymore, especially when it comes to northwest wines. At this point in the venture, most of the map is filled in. But there are still a few dark areas, and exploring them can bring real excitement when theyre good.

I first tasted this wine at a trade event a few months ago, and my notes were so effusive, at the end of a long events worth of tasting, that I didnt trust them. I put the wine on the schedule, and then I took it back off.

Rather than continuing to hem and haw over the veracity of tasting notes scribbled from a small pour, I asked the winery to send a sample bottle. We opened that bottle in the warehouse last week, and all doubts were erased. This is the real deal. As far as new Syrah discoveries go, its the most exciting Ive tasted in 2013, and it reminded me of my level of excitement when I first tasted Proper Syrah in 2012. Its one of those offerings where the wine came first, and the research came second. And as usual, while there may be surprises, there are no accidents. As we dug deeper into the backstory behind the wine, its excellence became easier and easier to understand.

The major components for excellence in wine are the vineyard and the winemaker. The site here is Echo Ridge Vineyard, but it wasnt always called that. It used to be called Flying B Vineyard, and it was an estate site owned by none other than Drew Bledsoe. He purchased the land in 2003 and planted the vineyard in 2006. As Doubleback was becoming closer to a reality, the focus became the Walla Walla Valley, and so they sold Flying B sometime in late 2010/early 2011 to Jay and Kim Bales, who renamed it Echo Ridge (its just outside of the town of Echo, on the Oregon side of the Columbia Valley). For such young vines, the intensity of the fruit is outstanding, and this is a fascinating, underexplored part of the (waaaaaaay) south Columbia Valley.

And the winemaker happens to be one Billo Naravane, whose Rasa Vineyards wines are as hot as hot can be right now. This is a terrific opportunity to taste Billos tasteful winemaking style through the prism of a completely different Syrah vineyard.

This plays for sure on the funky/savory/briny side of Syrah. The nose is a glorious pastiche of boysenberry fruit, bacon fat, truffles, and picholine olives. Its a funky, complex, inviting nose. The first thing you notice on the palate is mouthfeel, with its trademark Billo texture-management, all supple and silky. Then you notice the flavors, which mix fresh berry fruit, salty savories, and a lovely sanguine streak. The proportion of Echo Ridge planted to Bordeaux varieties (30 acres Cab, 10 acres Franc, 5 acres Merlot) is much higher than Syrah (a mere 4 acres). Seems a pity, because this shows a huge amount of potential as the vineyard matures.

Just 112 cases produced, but this wine is still flying well under the radar around here, so we should be good on quantities. For now. First come first served up to 12 bottles, and well do our best to fulfill all requests. The wine should arrive in a week or two, at which point it will be ready for pickup or shipping during the next temperature-appropriate shipping window.